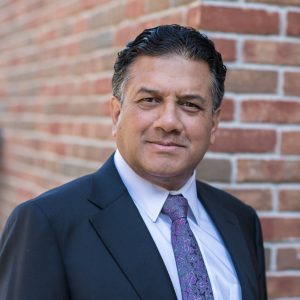 Dr. Atul Kesarwani is the medical director of the Cosmedical Rejuvenation Clinic. As a board certified plastic surgeon, Dr. Kesarwani has 30+ years of experience in the field. Read more about Dr. Kesarwani >

Are you concerned that stubborn areas of fat on your body are preventing you from having the ideal shape and body that you have always wanted? Do you live a healthy lifestyle with diet and exercise, but nothing seems to do the trick to help you achieve the look you crave? Don’t give up hope!

Liposuction is a safe and effective treatment method to remove unwanted excess fat from the body. You’ll finally be able to control exactly where you want to spot reduce fat to get rid of those bulges you don’t like.

Liposuction is a cosmetic surgical procedure to remove unwanted pesky areas of fat. While it is not a weight loss procedure, it is a safe and effective body contouring that allows you to tackle frustrating fat with just one treatment. 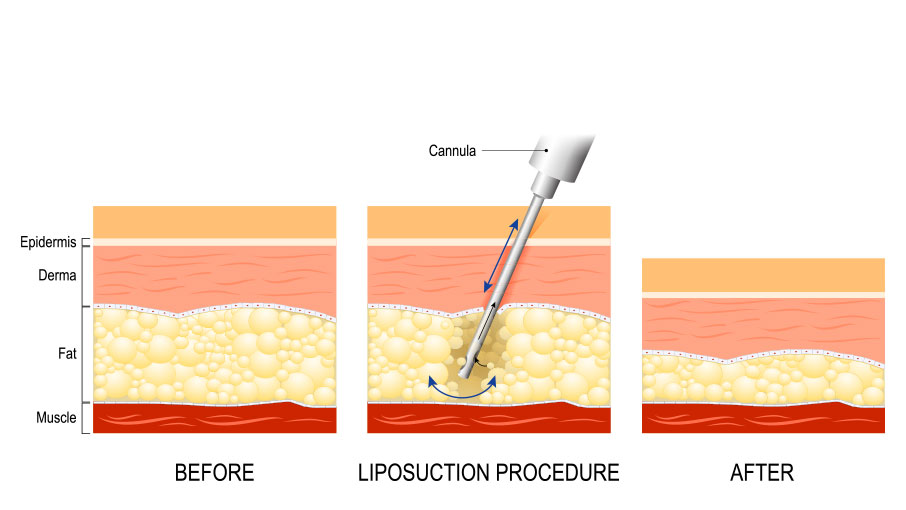 This is a diverse treatment option that can be used to address a variety of areas of concern. Common treatment areas include:

Liposuction can be used to treat many areas at once, so you can transform your body all at once. A consultation with our team in Toronto will help us develop a treatment plan unique to you and your goals.

See Dr. Kesarwani, the Surgeon Who'll Perform Your Surgery, During Your Initial Consultation

Even Results with No Lumps and Bumps

What Could I Expect from a Procedure?

Liposuction is performed as a cosmetic surgical procedure under general or local anesthesia (for smaller areas involving less fat removal). Once an incision is made, fat will be loosened and removed. You can save this fat to have it transferred to another area of your body, if you’d like (such as the face, breasts or buttocks).

A common complaint following liposuction is lumps, bumps and general unevenness of the contours in the treated area(s). Dr. Kesarwani takes special care to minimize this risk by using an appropriately sized cannula for each patient. Generally, a thinner cannula is used on a thinner patient. He also performs even suctioning of the fat, carefully measuring your body contours to achieve symmetric results. By doing these things, you’ll enjoy a smoother, leaner profile that looks totally natural — like you’ve just been dieting and working out! You won’t have any lumps and bumps that will take away from your new look.

Liposuction can be performed in conjunction with other procedures, and our qualified team in Ontario can help you create the best plan for you to achieve your cosmetic goals.

You will likely require some downtime following a liposuction procedure. Our team will provide you with all of the post-care instructions you need. Experiencing swelling or fluid retention is common, but it will slowly decrease to reveal your amazing results over time. Maintaining your results requires a commitment to continuing your healthy lifestyle.

A garment is worn in the treated areas for 3-4 weeks continuously. This assists in recovery and helps you get a smoother, firmer result.

Am I a Good Candidate?

Liposuction is not intended to be used as a weight loss procedure. It is not effective for those concerned about obesity or cellulite, nor is it the right treatment choice for loose skin. This cosmetic surgical procedure should be approached as a body contouring procedure.

A good candidate should be in good health and committed to living a healthy lifestyle. It is essential to have realistic goals and expectations for what liposuction could do for you. A consultation with our team in Toronto is critical to helping you understand the procedure and to determine if it is the best choice for you.

Interested in learning more about the possible benefits of liposuction? Contact us today at Cosmedical Rejuvenation Clinic and schedule your consultation! Dr. Atul Kesarwani and his qualified team proudly serve the Toronto, Ontario, area. Start your journey to a shape you love today!

An Overview of Tumescent Liposuction

Tumescent liposuction is the gold standard of this popular cosmetic surgical procedure. Explore the history of the technique and its advantages.

Being one of the most popular cosmetic surgeries performed in North America, liposuction has made some significant leaps in both technology and technique since it was first introduced in the 1970s. The early form of this procedure, sometimes referred to as “dry liposuction,” required blood transfusions because so much blood was lost during each surgery. It wasn’t until the mid 1980s, and developments made by Dr. Jeffery Klein, that tumescent liposuction became the gold standard.

When liposuction was first developed, surgeons used a medical tube, called a cannula, to remove unwanted fat. Nothing was done to prep the area. This older technique, known as dry liposuction, was a fairly serious procedure, requiring both general anesthesia and hospitalization. Probably the most worrisome aspect was that it required a blood transfusion for every procedure. This unrefined technique resulted in a lot of blood being removed with the fat. In fact, blood would make up 30-45% of the fluid removed. That much blood loss was not only dangerous and impractical, but after further development it turned out to be horribly inefficient as well. If the percentage of blood in the tissue removed could be lowered, more fat could be removed in the same amount of time.

The dry technique also resulted in longer recovery times as well as a much higher rate of complications and poor aesthetic results. These issues led a few doctors to experiment throughout the early 1980s in an attempt to create a better method.

Experimental surgeons developed a technique we call “wet” liposuction today. This involves adding fluid to the area to assist in the liposuction. This extra fluid helps to both aspirate the fat and maintain an equilibrium of the fluid in the body. Wet liposuction still requires general and IV anesthesia, but the blood loss was reduced to 15-20% of the mass removed from the body. A significant improvement to be sure, but still somewhat risky.

The word “tumescent” means “swollen” or “becoming swollen,” making it an accurate description of the procedure. A fluid is injected into the areas that are to be treated. This fluid is usually made up of saline with doses of lidocaine (a numbing agent) and epinephrine (commonly known as adrenaline). The saline balloons the fatty tissue (hence “tumescent”), the epinephrine causes the blood vessels in the area to constrict, decreasing blood flow and reducing bleeding, and the lidocaine works as a local anesthesia.

Once one to four litres of the solution, depending on the scope of the procedure, has diffused evenly throughout the area being treated the suction can begin. This is done with a microcannula, which is much smaller than the cannulas used in older liposuction techniques, measuring only 1.5 to 3 mm in diameter. The smaller diameter of the microcannula requires a shorter incision and less traumatic procedure. Unwanted fat is suctioned out of the subcutaneous tissue, along with most of the tumescent fluid. Some fluid stays in the body for several hours after the surgery is completed, providing some relief from discomfort.

Tumescent liposuction offers a number of advantages over other techniques:

Developed in the mid 1980s, tumescent liposuction has remained one of the safest and most efficient forms of liposuction ever developed. Dr. Klein was able to develop a tumescent fluid, sometimes still called “Klein’s solution,” made up of a saline solution with lidocaine for anesthesia and epinephrine to restrict blood flow. When large volumes of this fluid are injected into the fat below the skin, the area to be treated becomes swollen and firm, making it easy to identify and remove, reducing the possibility of subsequent surgeries. This technique not only delivers a local anesthetic directly to the area, removing the need for general anesthesia in some cases, it also reduces blood flow. This prevents unnecessary blood loss, significantly reducing the risk to you. Tumescent Liposuction has remained the standard technique for cosmetic plastic surgeons because of the increased safety and the multitude of advantages it offers.

How dangerous is liposuction?

When performed by a board certified plastic surgeon with experience in liposuction, liposuction is not dangerous. It is safe and thousands of procedures are performed every year without issue.

How much does it cost to get liposuction on your stomach?

The cost of liposuction depends on the extent of the area and correction. In Toronto, the average cost ranges from $3,000 and upward.

Yes, liposuction is a safe and effective way to remove unwanted fat located below the skin, above the internal organs.

How long does it take to recover from liposuction?

This depends on the amount of fat removed and the individual patient. Usually, patients can expect to return to sedentary work a few days after their surgery, with restrictions on vigorous physical activity for a couple of weeks. A compression garment is worn for a few weeks as well. Generally speaking, liposuction recovery is less intense than other procedures.

Does fat come back after lipo?

Liposuction permanently removes fat cells, and these fat cells will never come back. However, the remaining fat cells can expand and shrink with weight gain.

Can you die from lipo?

It is extremely rare that any complications experienced from liposuction surgery would be fatal.

Is it easier to lose weight after liposuction?

Some people do find it easier to lose weight after their liposuction because they’re more motivated to maintain and improve on their results. However, liposuction is not for weight loss.

You won’t feel anything during the surgery. There may be some discomfort following surgery, however, but this can be controlled with prescribed pain medications.

Cosmedical Rejuvenation Clinic is dedicated to providing you with the care and support you deserve in an open and supportive environment.

If you have any questions or concerns, or would like to book an appointment with our head plastic surgeon, Dr Kesarwani, please fill out this form and we will respond shortly.